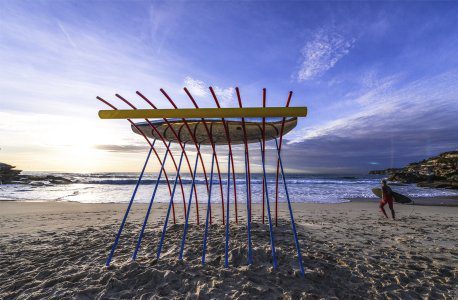 There is no better destination than Coogee in the springtime. The day’s inch a little longer, skies are blue and the water sparkles. There’s a joie de vivre in the village that the promise of sunshine and spring days bring.

To make the most of the spring energy, team a Coogee stay with one of Sydney’s impressive line-up of events.

Our top event picks for the coming months include:

Sydney Fringe Festival, September 1 to 30 – the largest independent arts festival in NSW. Now celebrating its 8th year, there are a variety of creative events and talks, spread out at venues across the city.

Sydney Spring Carnival, September 9 to November 7 – Australia’s racing carnival kicks off, when the city comes alive for ten weeks of world-class thoroughbred racing with 23 group races and an impressive prize pool of over $23 million.

World Polo Championships, October 21 to 29 – Held at the Sydney Polo Club, ticket prices start at $35 for general admission including access to the majority of the site including spectator areas to view polo fields, an on-site festival with free face painting, animal farms, activations and entertainment. Plus, there is plenty of tasty and wholesome food and beverage options.

Sydney International Art Series – Rembrandt and the Dutch golden age: masterpieces from the Rijksmuseum, November 11 to February 18 – an annual arts highlight, held at the Art Gallery NSW. This year, see the outstanding works of art by the great Dutch masters, including Rembrandt and Vermeer.

Sculpture By The Sea, October 19 to November 5 – held in arguably the most photogenic exhibition space in the world, along the Eastern Suburbs’ infamous Coastal Walk, this year marks the event’s 21st anniversary. An iconic Eastern Suburbs event that is the largest free art exhibition globally, it features artworks from a combination of home-grown and international talent.

Discover Coogee this spring plus IHG Rewards Club Members can take advantage of the special YOUR RATE offers.

Image credit: all images care of Sculpture By The Sea.

What are you waiting for? Be rewarded and tick off your summer bucket list. BOOK NOW