Shrek the Musical Will Come To The Sydney Lyric Theatre 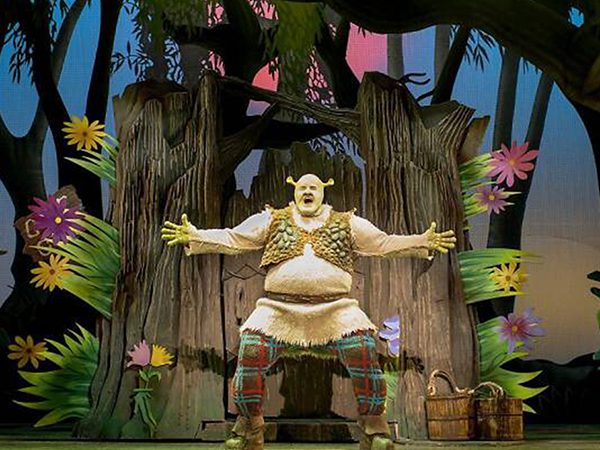 Shrek the Musical Will Come To The Sydney Lyric Theatre

Planning on heading into Sydney in early 2020 with the family? For a total of only six weeks, Shrek The Musical will entertain audiences at The Sydney Lyric Theatre. The production will commence from 1 January 2020.

Shrek, The Musical has transcended into a the lavish multi-million dollar musical. The production is based on the Oscar-winning DreamWorks Animation film and book by William Steig. The story revels an angry ogre who lives in a swampy home. He soon after his departure sets off on a journey to find a princess.

The musical is set to star Ben Mingay as Shrek, Lucy Durack as Princess Fiona and Todd McKenney as Lord Farquaad. All three of the productions main actors have had noticeable roles prior. Ben Mingay has been seen previously in household shows such as Packed To The Rafters. In addition Wonderland, House of Bond (the depiction of Alan Bond) and Home and Away. Lucy Durak previously has played Gelinda in the Australian production of Wicked. Todd McKenny is best know for portraying Peter Allen in the musical Boy from Oz. He has most recently been a judge on reality show Dancing With The Stars along with co-star Sonia Krugar, as well as Paul Mercurio.

Most recently Australia's leading theatre producer John Frost announced five young actresses who will join the rest of the fairy-tale cast and share the role of Young Princess Fiona. He most recently labelled Shrek as "Such a wonderful story for families to share, and brought to life on stage in such a colourful and magical way".

Tickets to the smash hit range between $49 - $135 based on seating allocation and availability. To check availability, visit Ticketmaster.

Relax & enjoy the classic Aussie family holiday and live like a local in Coogee. Filled with activities for the whole family, embrace our coastal oceanfront location.

The Sydney Lyric Theatre is located on Pirrama Road in Pyrmont. You can get to Sydney Lyric by bus, train or light rail. Typical travel times can range between 25 and 40 minutes.

The Sydney Lyric Theatre is part of The Star Casino complex. The theatre is currently featuring Billy Elliot The Musical - 10th Anniversary Tour until 15 December 2019. The musical features music by the legendary Elton John, book and lyrics by Lee Hall and choreography by Peter Darling. In addition coming to the stage in February 2020 is Great Britain’s Tony Award®-winning production of War Horse. The story depicts a beloved horse sold to cavalry and shipped from England to France during the first world war and the efforts by an extraordinary man to bring him home.

Crowne Plaza Sydney Coogee Beach is also offering a special 'Family Getaway' package as part your summer holiday. Enjoy a family breakfast overlooking the stunning waters of Coogee Beach. This great package includes a beach activity kit for the whole family to enjoy, plus a hamper of refreshments to enjoy in your room, or on the beach.

How to find the best accommodation deals in Sydney
Where to Stay in Sydney: Accommodation Near Sydney Cricket Ground
A Whale of a Time in Coogee
Vivid Sydney 2022 - 5 Reasons to Stay at Crowne Plaza Sydney Coogee Beach
A Coogee Easter by the Beach
Top 5 Reasons to Host Your Next Event in Coogee Beach
Family Friendly New Years Events in Sydney
What to Look for During the Time of Covid When Booking Your Event Venue in Sydney
Things To Do In Coogee
Must-Visit Festivals & Events Near Coogee Beach 2021